What are the advantages and disadvantages to a valve-controlled or valve-action marker?

The Valve-Controlled Markers we make are quality tools and and not throw away items.

Before we can compare the differences between Valve Action markers and Capillary Action markers, we have to define what each are:

If you have not heard of valve-action, this is likely the kind of ink marker you are used to. Sharpie®, Avery® Marks a lot, even magic marker are known for their capillary action markers. You just take the cap off and start writing. When it dries out, it gets thrown out. Very often that happens very fast. That is because much of the inside of the barrel is taken up by an absorbent sponge-like tube. It drinks up the ink inside so that it can constantly supply the nib with ink. It is especially important to keep a capillary action marker capped when not in use since the ink is always exposed to air this way and is always evaporating. We always recommend to store markers on their side because of this and it is especially important to do it for capillary action markers.

Most paint markers use a valve action mechanism. When you un-cap a new pen, you will notice that the nib is clean and has no ink or paint inside. It can be pulled out of the marker. To start using the marker, you will have to depress the valve by pressing down on your surface with the nib. When the valve opens, the paint is then exposed to the nib. Once it is sufficiently inked up, you can start writing. We suggest using a test surface when inking up if you are not used to how your marker flows. Once you have the hang of it, the mark-maker has the ultimate control of how much paint or ink is used.

It is no question that valve action markers last much much much longer than capillary action markers. We have found xylene markers from the 1960's and before. They still work just as well as when they were made. This is because the marker contents are not only sealed from the air by the cap but by the closed valve that only opens when the nib is being inked.

As far as how many uses you get out of the product, valve action markers keep going and going and going all the way down to the last drop. Nothing is wasted. I have heard stories of someone using a marker for over 30 years until they had to scramble to find if the marker company still existed so they could purchase another one. Capillary markers start to weaken after the first few uses.

Because capillary action markers use a soak up mechanism inside the pen, there is not much more space left to house ink. It is hard to measure how much ink is used in the production of capillary action markers because of the presence of the soak up mechanism. On the other hand, valve-controlled pens allow for the entire area of the barrel to be dedicated to housing paint or ink.

Capillary pens need to have the nib fastened to the soak up mechanism and cant be removed. Valve action always has a replaceable and reversible nib and can always be renewed and used down to the last drop.

We supply industrial grade paints and inks for a great variety of specialty applications. Many of these would be entirely inappropriate to use with a capillary mechanism. For capillary pens, you are strictly confined to the use of dye based inks that hold much less paint

Everybody and their mother has Sharpies. They are cheap. They are convenient. They are everywhere. The thing is, they don't last and they are not mean't for industrial use. We make all of our valve action markers here in the U.S.A. and have dedicated our factory to producing them as efficiently and contentiously as possible. The most costly part of the markers we make are the paint and we fill our pens to capacity. Because of this, you will notice the price per individual pen is higher than most throw-away capillary pens we sell. All things considered, for the amount of usage you get out of our valve-controlled pens, they are a bargain.

Anyone with any sense can see how wasteful these cheap capillary pens are in the long run - not only for your bank account but for the environment. One valve action marker under consistent usage will still outlast more than a dozen regular markers. Keep these throwaway markers out of your community's landfill!

Because we know we are making high quality tools, we use better materials such as metal barrels and higher quality plastics and nibs for our markers. All things considered, we promise you will still be pleasantly surprised by the low price, lead time, and lasting value you get from our valve controlled products. 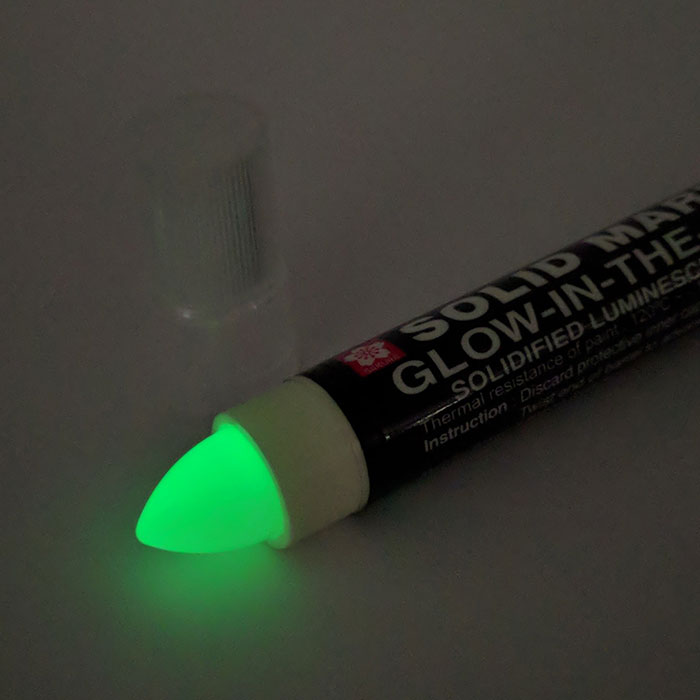 Let's take a look at Fluorescence and Phosphorescence when it comes to paint and ink markers. 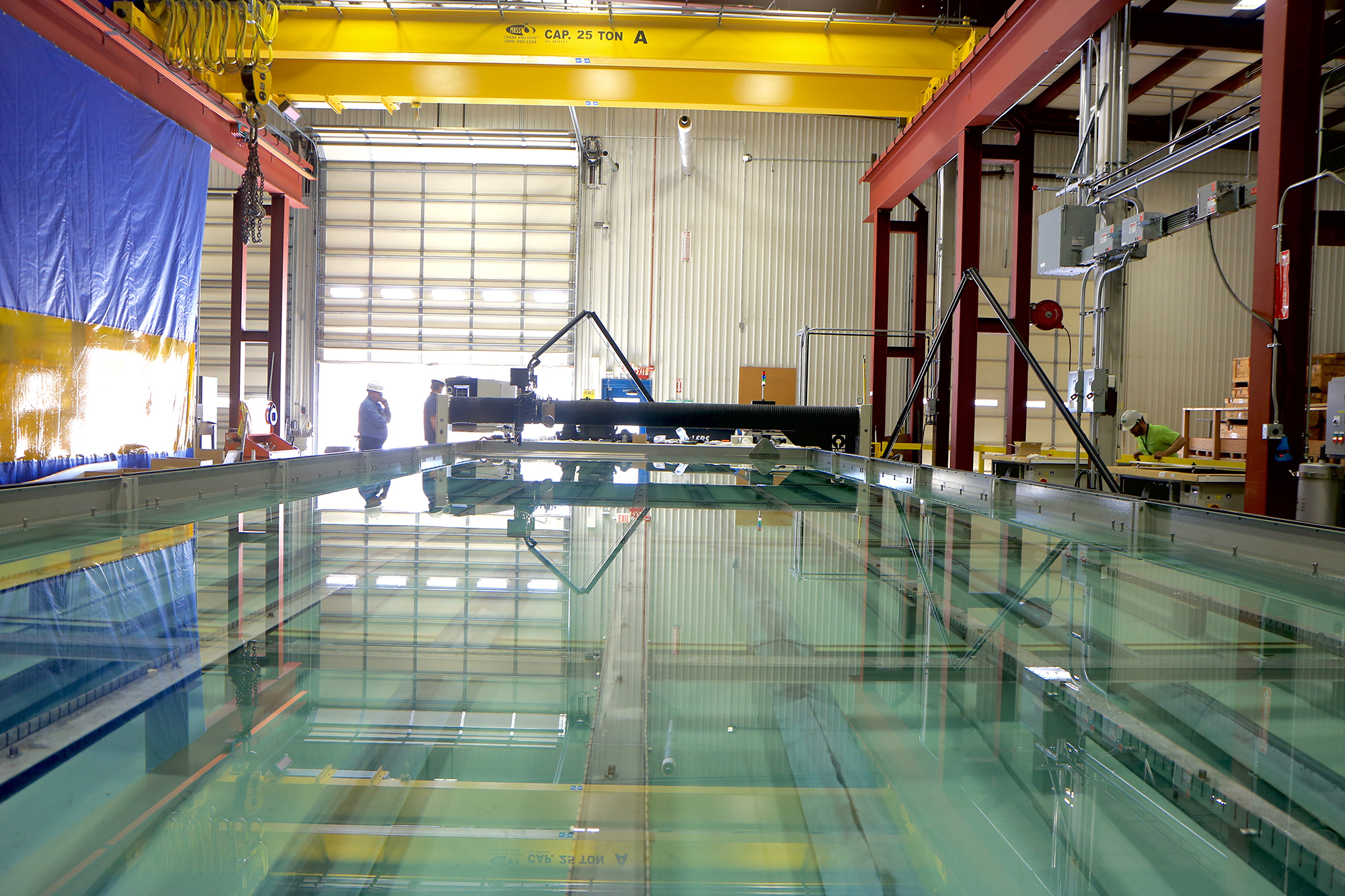 What kinds of pens are good for marking tile? Why?

What pen do tile and stone fabricators use?

How can I find an industrial marker supplier near me?

We are established in all the above companies systems. They give us regular orders to replenish their stock. These guys can order and stock any pen product from our product line if you request it of them. 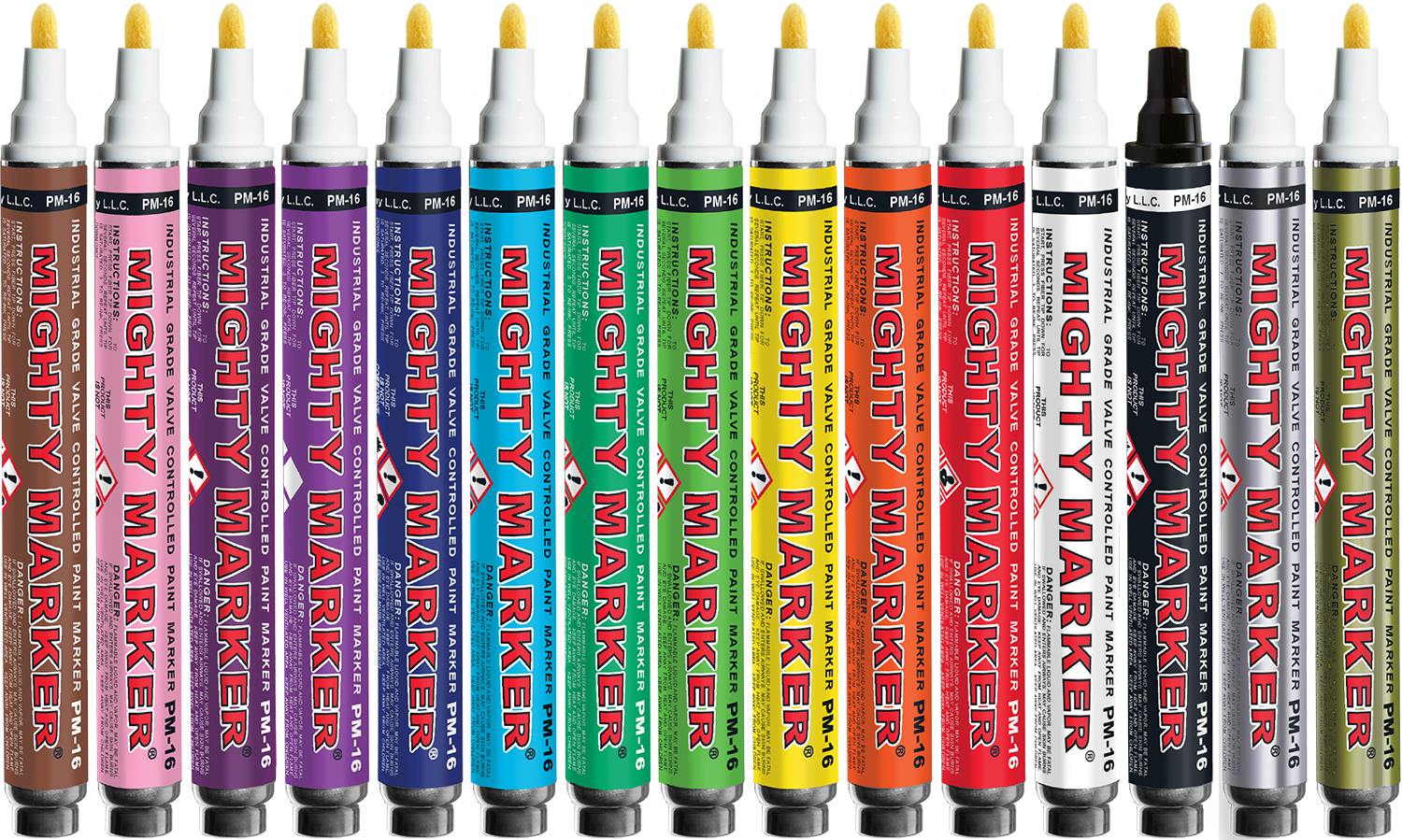 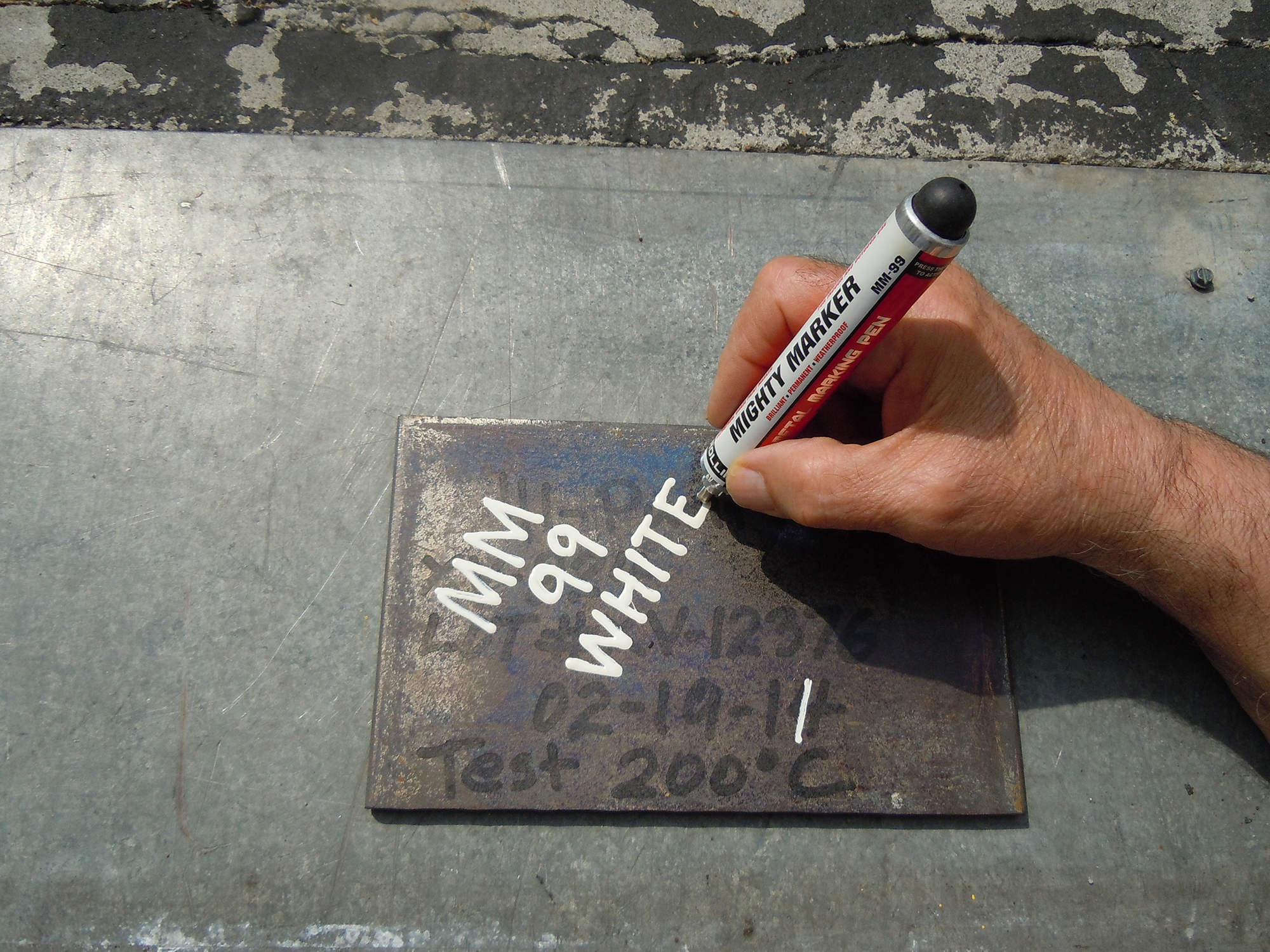 What are the advantages and disadvantages to a metal barrel marker?

When possible, we prefer metal barrels for our marking pens because they are best suited for the industrial environment.

What are the advantages and disadvantages to a valve-controlled or valve-action marker? 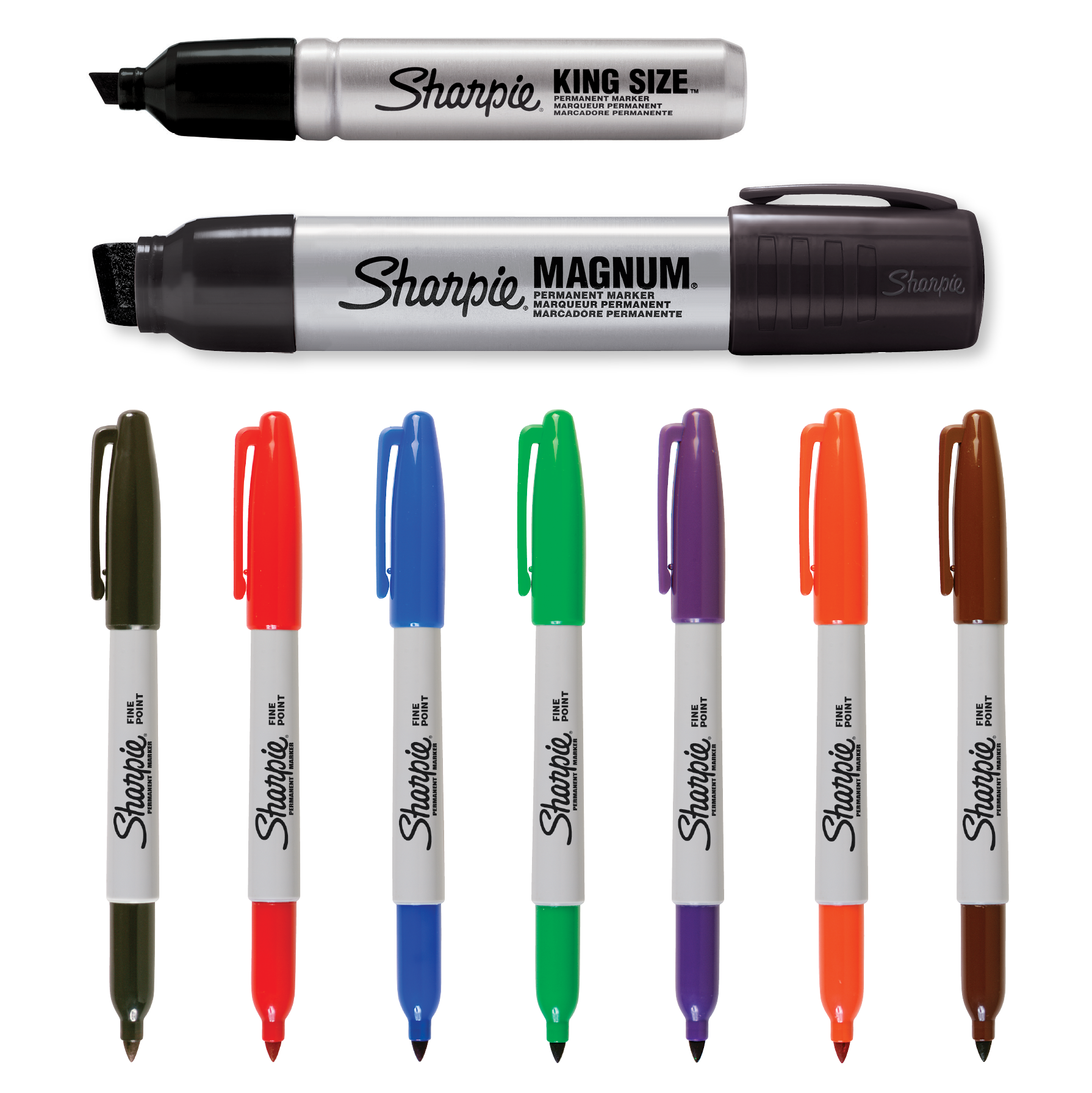 What kind of sharpie products do we sell to our industrial clientelle?

We are an active distributor to industrial customers. We specialize in the most popular Sharpie Pens from their industrial product line such as Magnum, King size, and the regular sharpies as well. Its what they want and we are a good supplier for them. 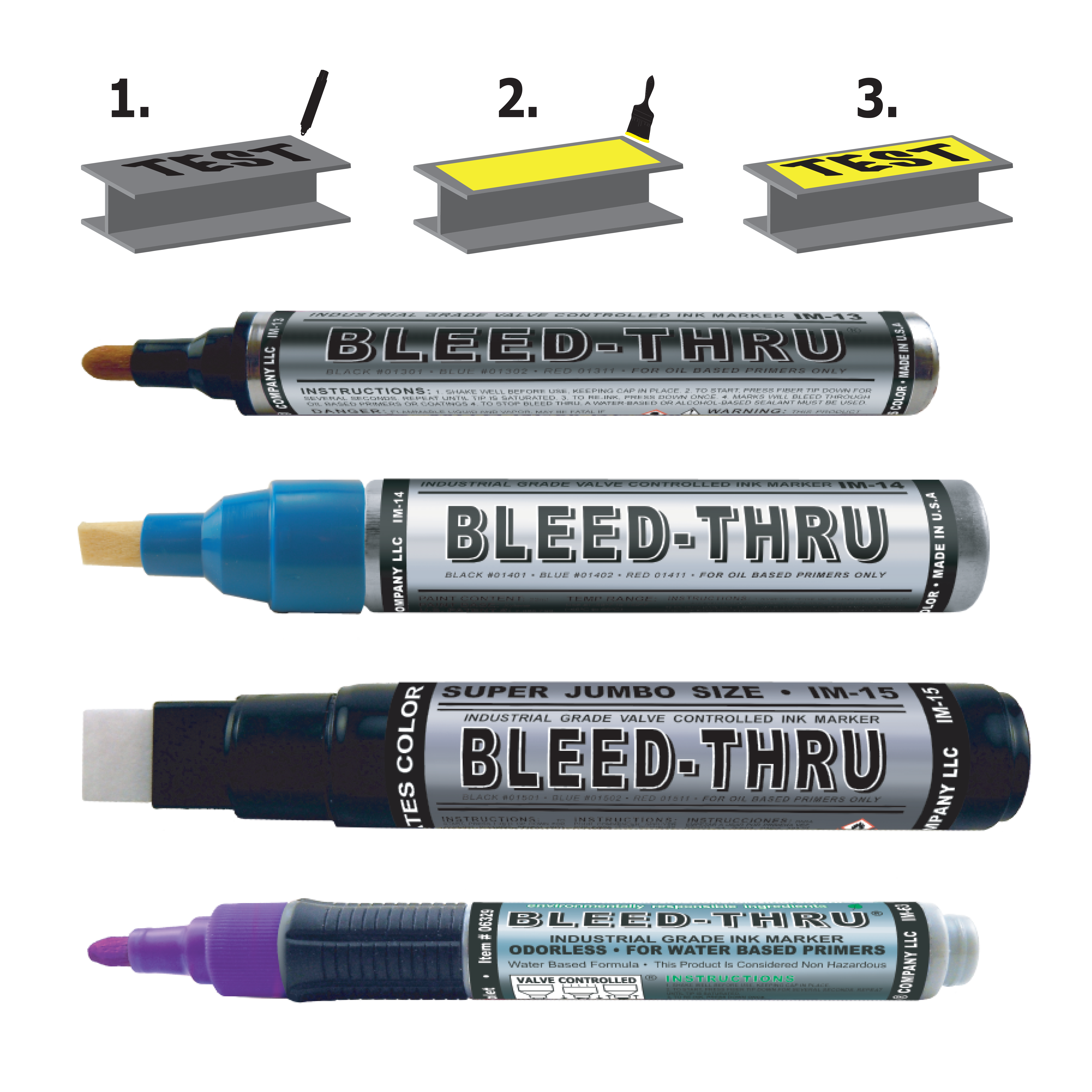 Who uses bleed thru markers? Why do they use them? How do they work?

Do you want to lay down a mark and then paint over it but that mark needs to stay visible and readable? Bleed Thru Ink makes it possible. These pens are made with high density dyes and they are soluble with the primers. The beauty of it is that you will see the mark instantly after it is marked over. 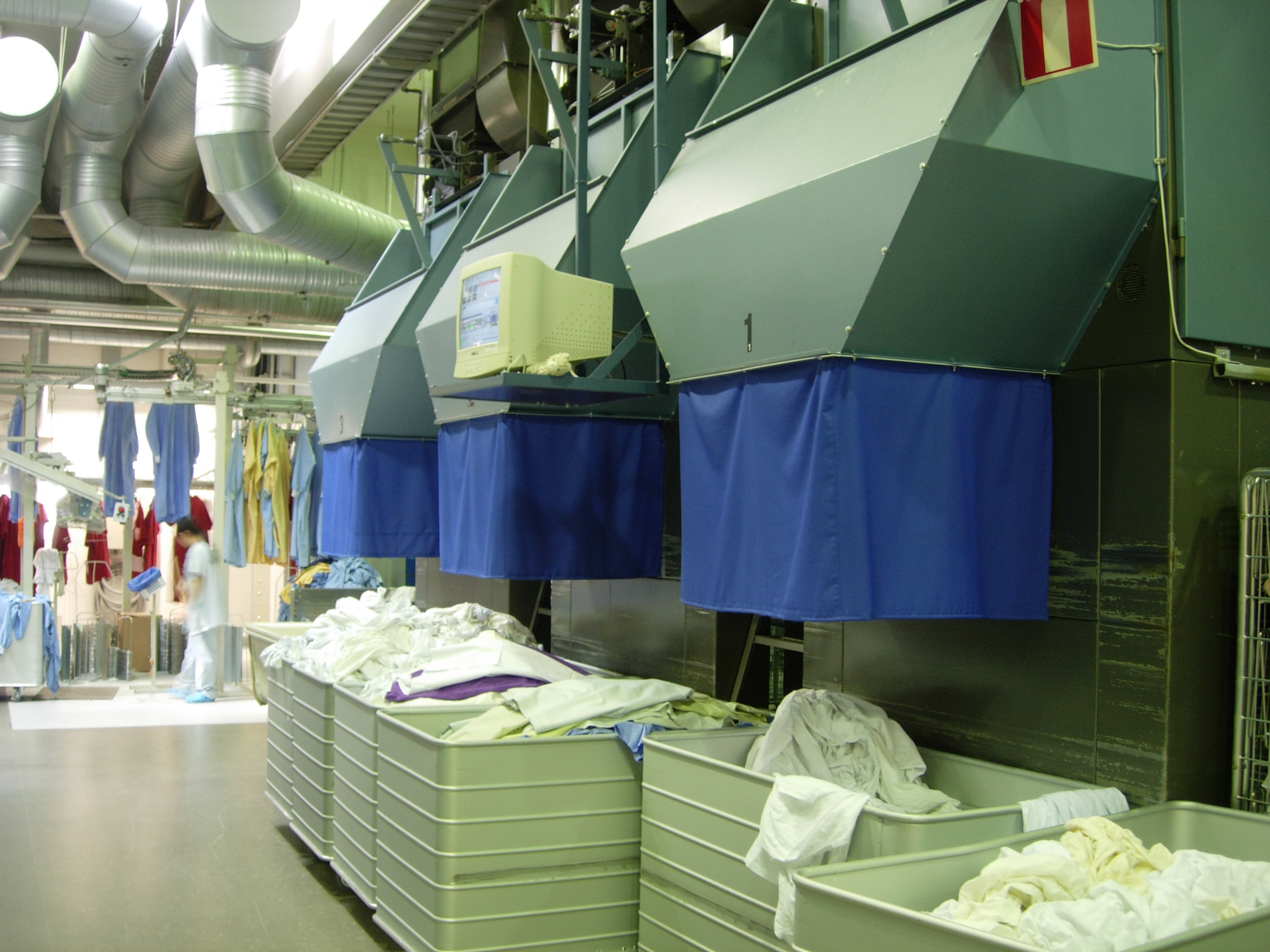 What kind of markers remain permanent during washing or laundry machine?

How and why does it work? Who uses pens like these?

What are some safety tips when using markers in the workplace? 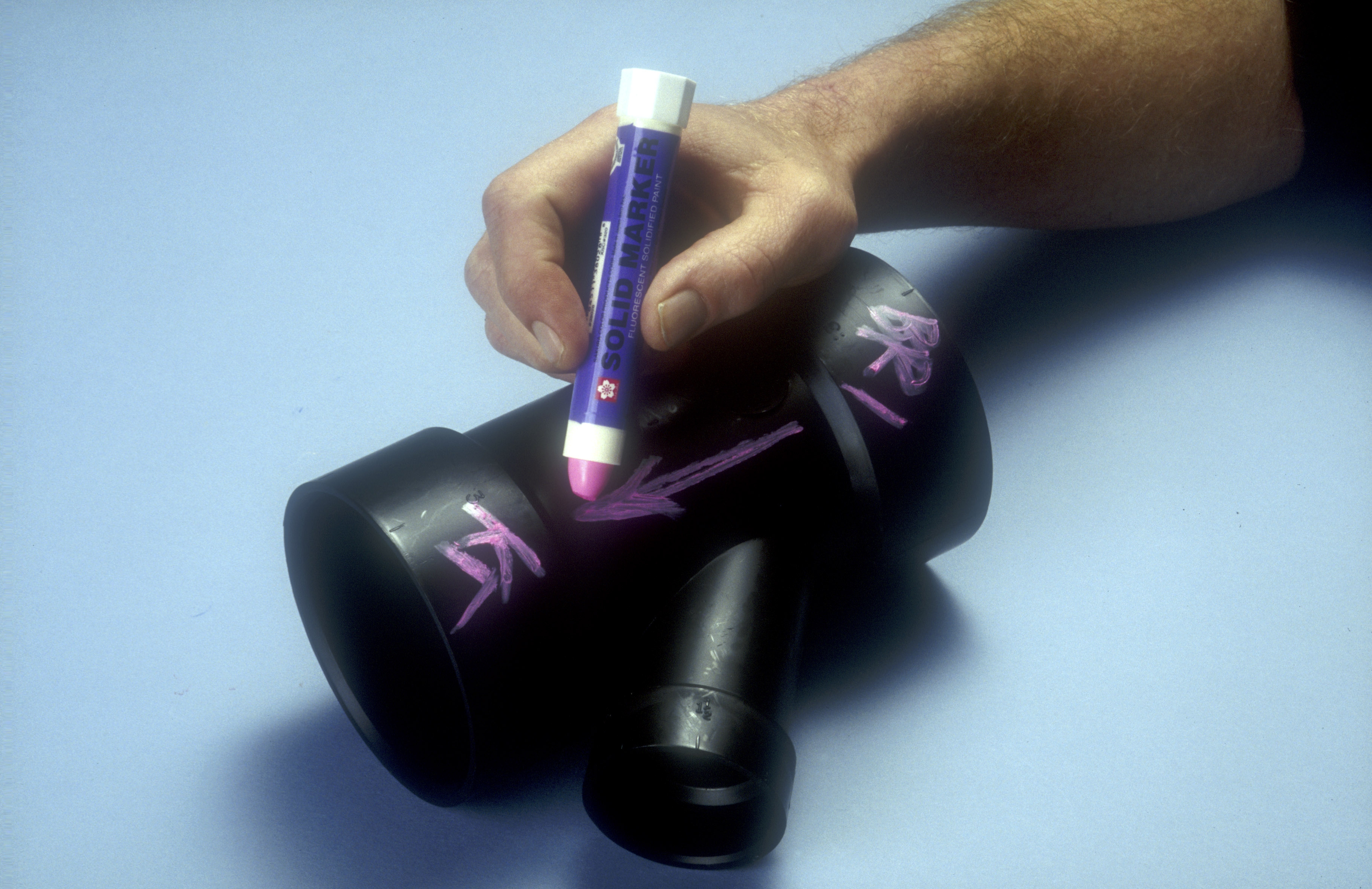 What are crayon markers? What kinds do we sell?

What kinds of paint crayons are there? What is the solvent content of solidified paint markers? 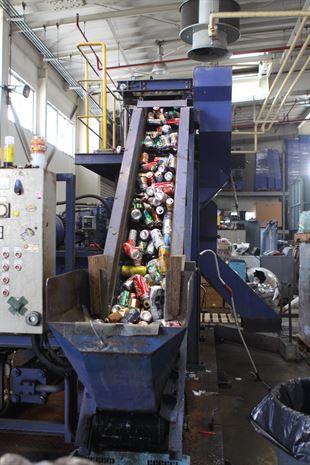 How do I dispose of Marking Pens?

It's always best to recycle when possible. Talk to your local authorities about how they handle the different recyclable materials and sort your waste accordingly. For the longest lasting, environmentally contentious marker purchase, go with our valve action markers. They are filled to capacity and don't stop working down to the last drop! 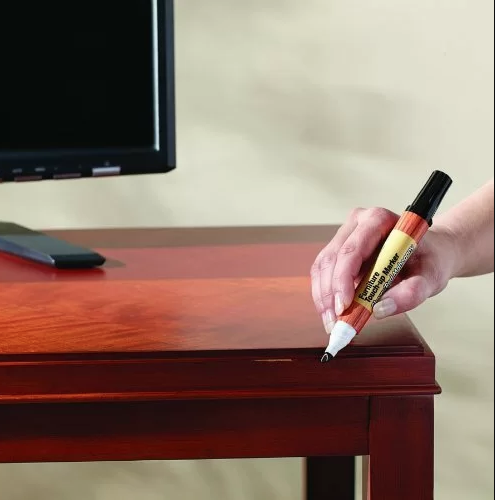 Are touch-up marker's a marking need of your company? Call us today to discuss! If you send us a sample of your material to match will make samples for you! 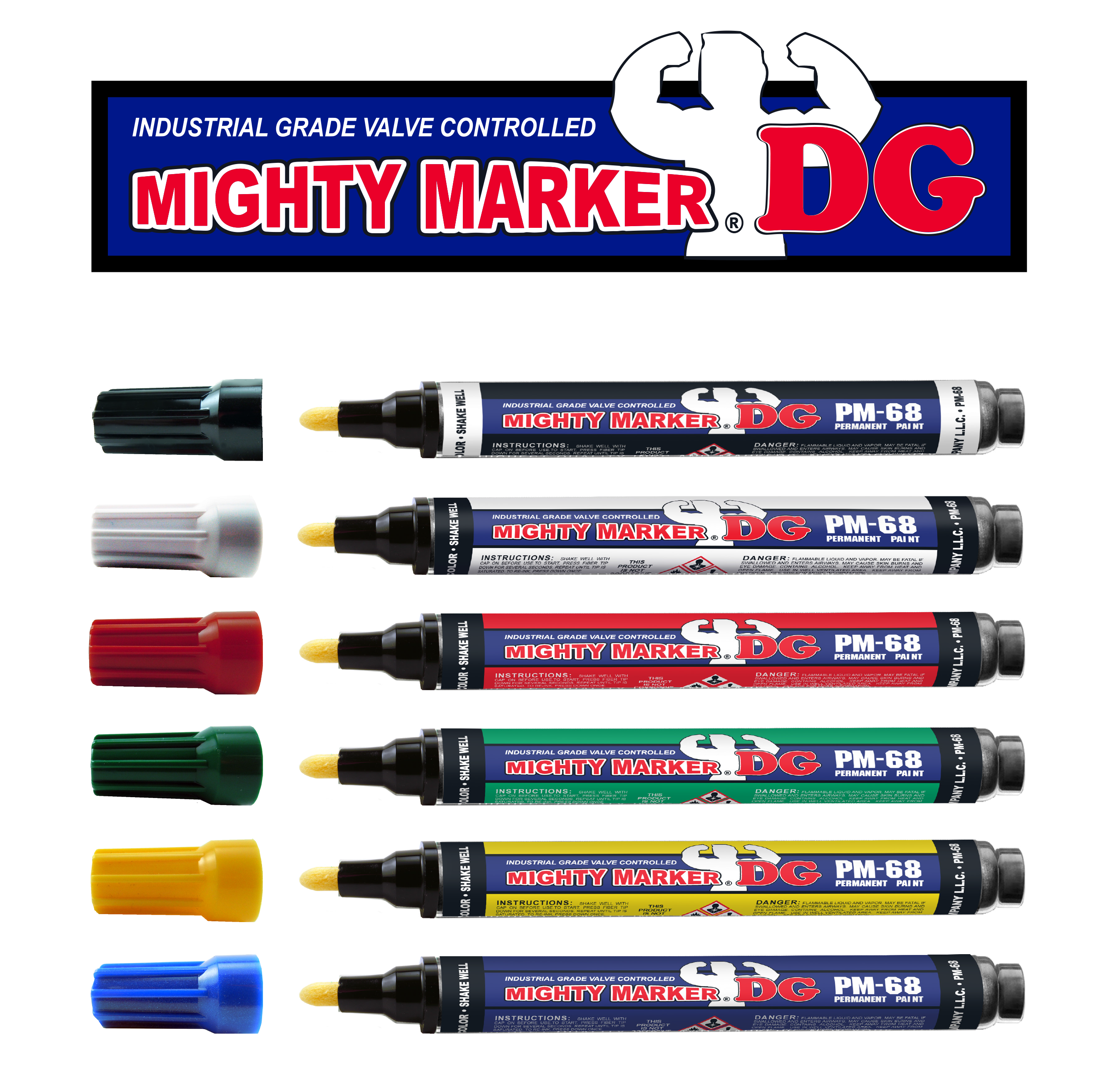 What are the most heavy duty markers and why are they used? 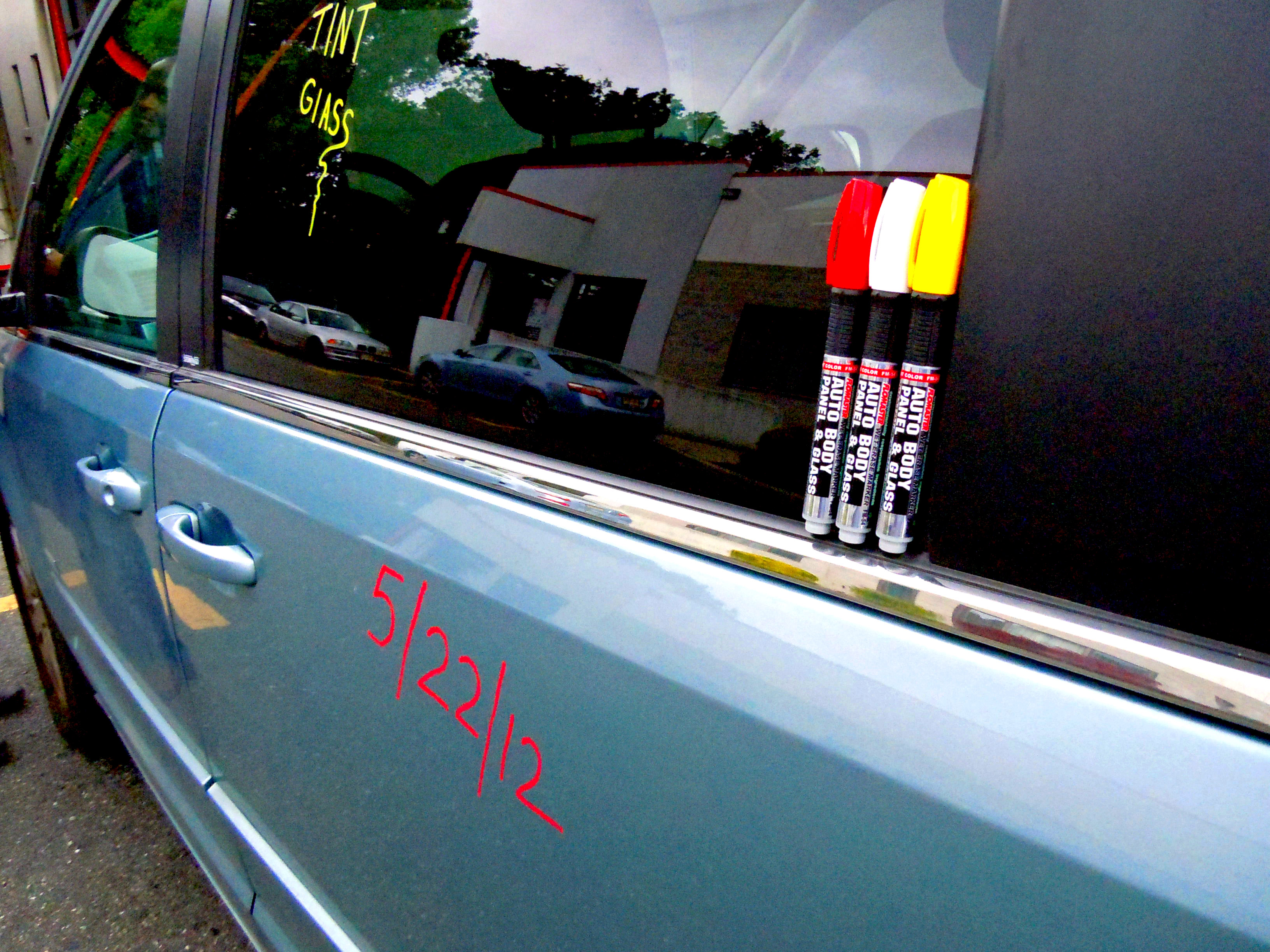 What kinds of markers are safe for car paint?

Flomaster® Auto-body and glass markers will not damage your car. They withstand the rain and sun, remain highly visible, and are completely removable with ammonia based products like Windex®.

Why do we use felt tip markers?

What are the variety of nibs that we use for each? Nibs for Inks? Nibs for Paints? Temperature tolerances? Flow Velocity? 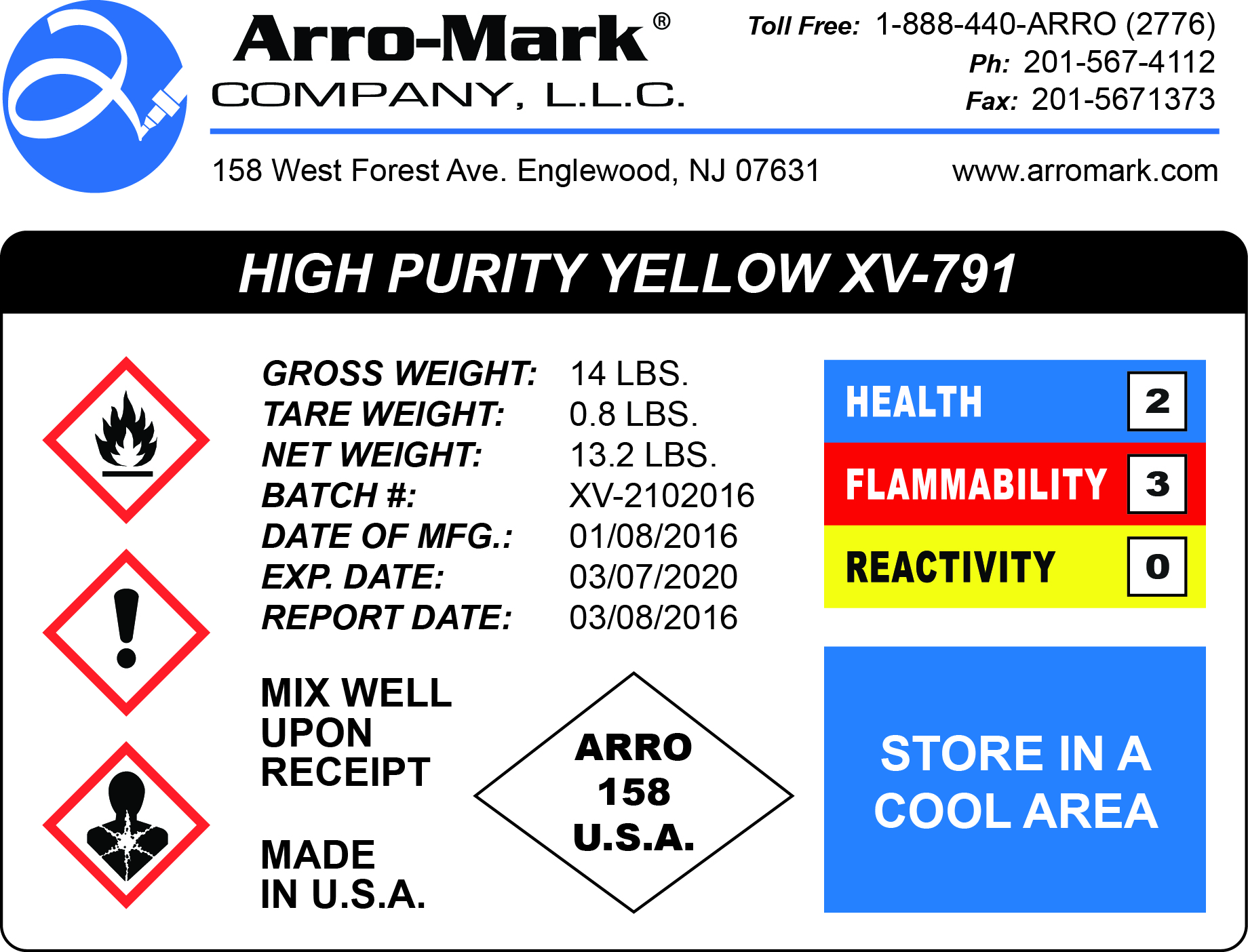 What kinds of warnings do we have on our product labels and why?

Under normal general use, marking pens are 100% safe to use. So why do we see warning and pictograms on the labels and Safety Data Sheets? 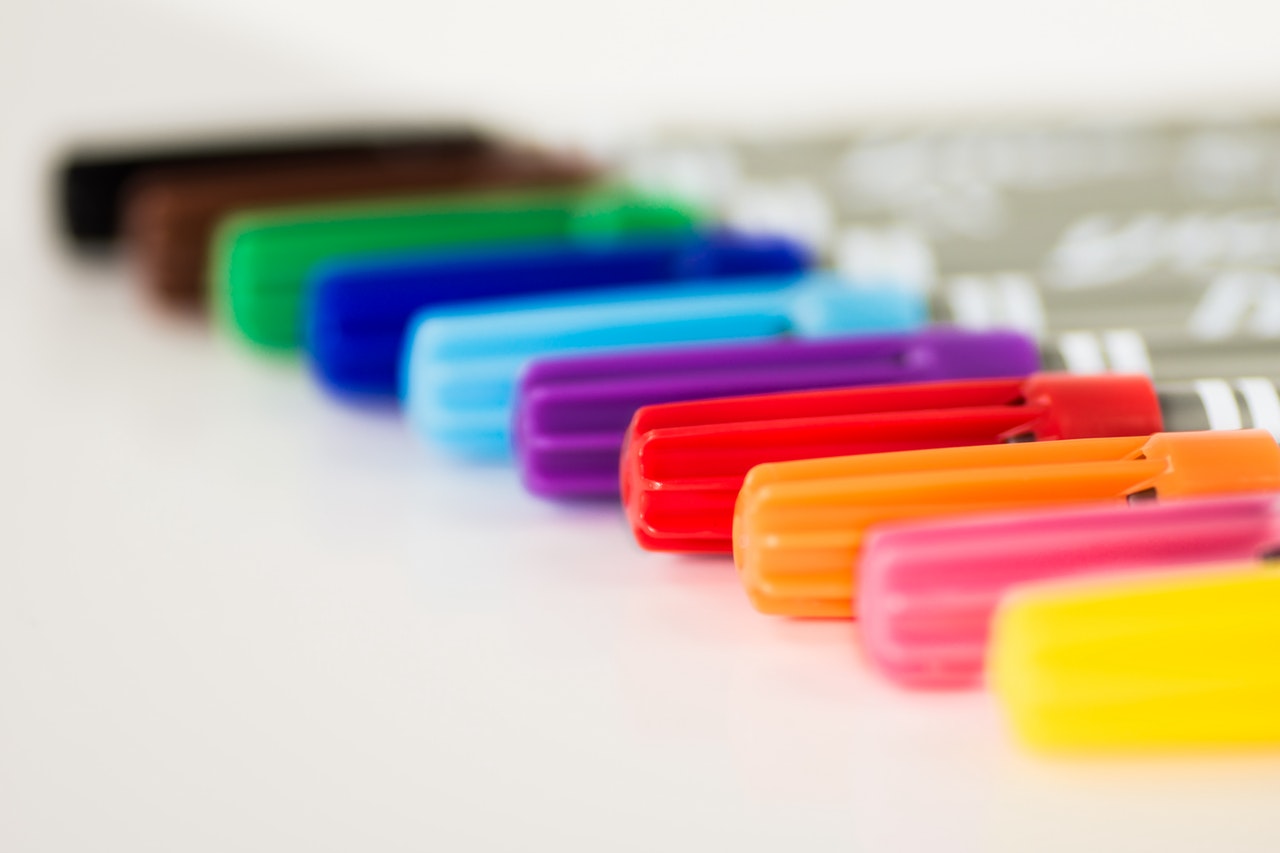 How should I store markers?

Valve Controlled? Capillary controlled? On it’s side?, Upright? Should I Degas a valve controlled marker? When should I Worry about degassing? How do I prevent leaking? 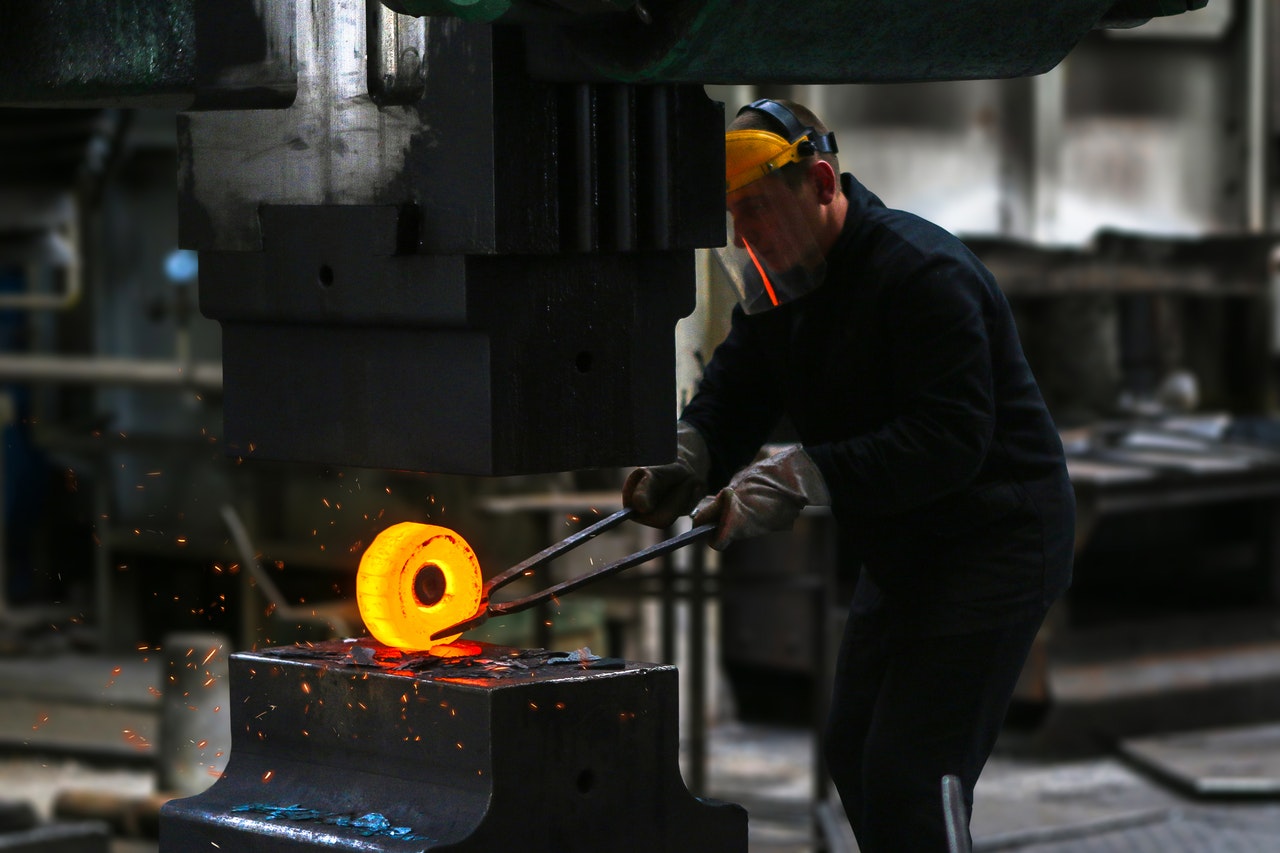 How do high temperature markers work?

When used properly, Mighty Marker High Temperature markers make the most permanent and durable mark possible from any of our products.

What kind of water-based markers exist and why would I want to use them?

We have water based marker that are completely non-hazardous and can be shipped anywhere. We have carefully formulated each our our water-based pens to get the best visible and durable mark possible. This article talks about the variety of water based marking pens we sell. 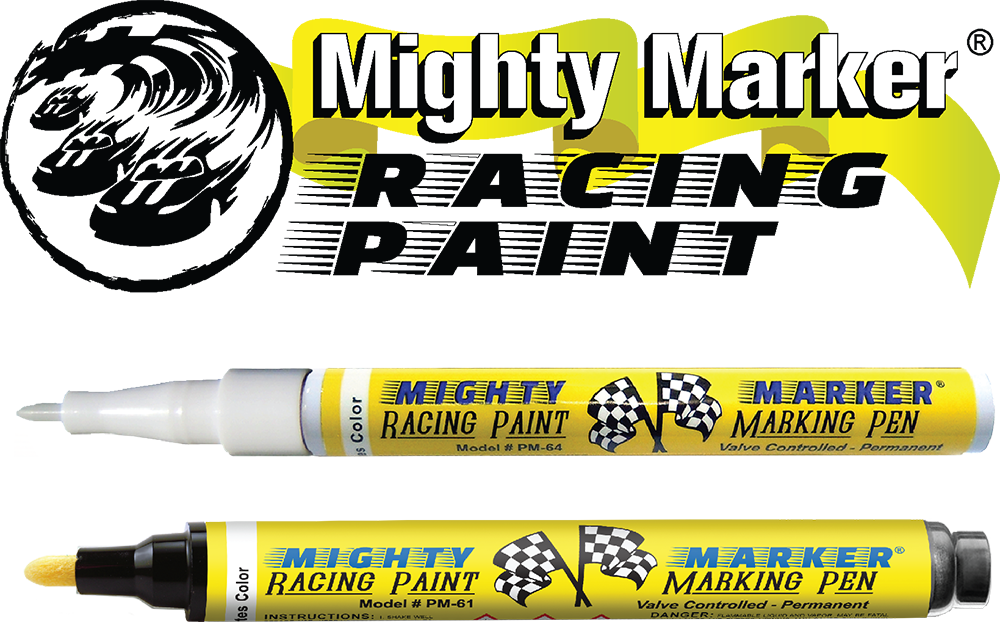 For permanent marking of automobile surfaces such as Engines, Brake Calipers, Tires, Etc., We make markers perfect for the job.